Meditate upon Milton’s Sonnet XX and consider how your light is spent; who you must serve. Peek through the doorway of Milton’s cottage, glimpse paradise and write about ‘Paradise Found’. 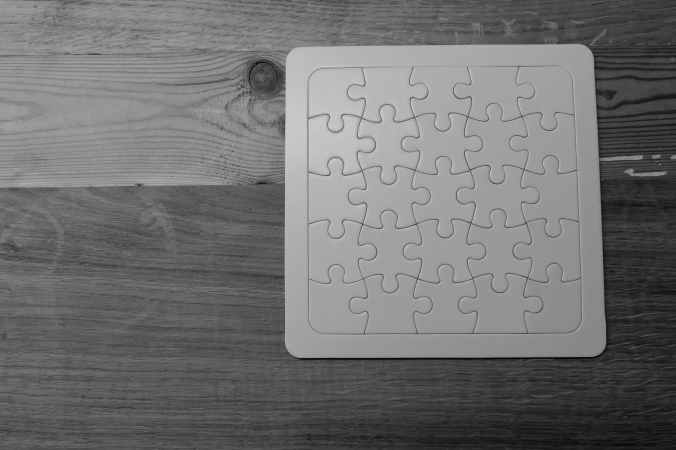 It’s a puzzle to me

how it is that I broke into so many pieces

how it was that my pieces were scattered and lost

in such a small space.

others were bent and twisted, their markings rubbed away

a few seemed to be hiding in the cracks in the floor, wedged and hiding

How did they get in there I wondered, not wanting to touch them

not wanting to think about them

I wish they would go away I’m not sure they can be saved.

I did try to gather up  as many pieces as I could,  I tried to put them together

I tried to make them look like a picture, I wanted them to tell a story

them to shine like the other puzzles I’ve seen sitting next to me on the bus,

or eating dinner with me at family gatherings, or puzzles I’ve called husband or friends.

I’d like to arrange them so that they would make sense.

But where do I start?

The most overwhelming, the most terrifying thought of all?

when I am done? 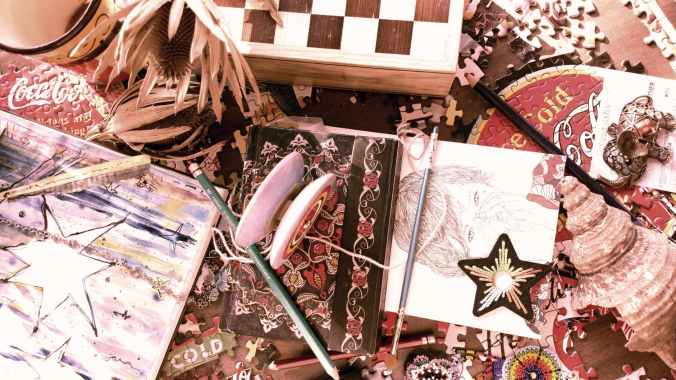 Photo by Nadxiee Lii on Pexels.com