Last month I took a train ride from Washington State ( which is on the West Coast of the U.S. ) to Wisconsin which is in the Midwest.

Riding on the train was interesting- it was a solitary way to travel- much more so then flying or even riding on a bus. I’m not sure why. Maybe it’s because you can get up and move around or away from people.

Which I did because I was coming down with a cold, so I wasn’t feeling very sociable.

I had my own little room for part of the trip so I took a lot of pictures and I watched movies on my DVD player because the internet is spotty in a lot of areas, plus I didn’t feel like surfing the internet when I could look out my window and surf the world.

I saw lots of interesting things- sadly enough one of my experiences was that someone was out on the tracks and they were struck and killed by the train I was on.

But before that happened we were passing through Montana when I saw the most interesting formations.

They were golden and sandy, they were honeycombed and in some places I suppose you could find little caves.

I was sitting there in my seat, watching the sky, when I saw them- and as we raced by I felt like I had seen something like these before- but I couldn’t put my finger on it. 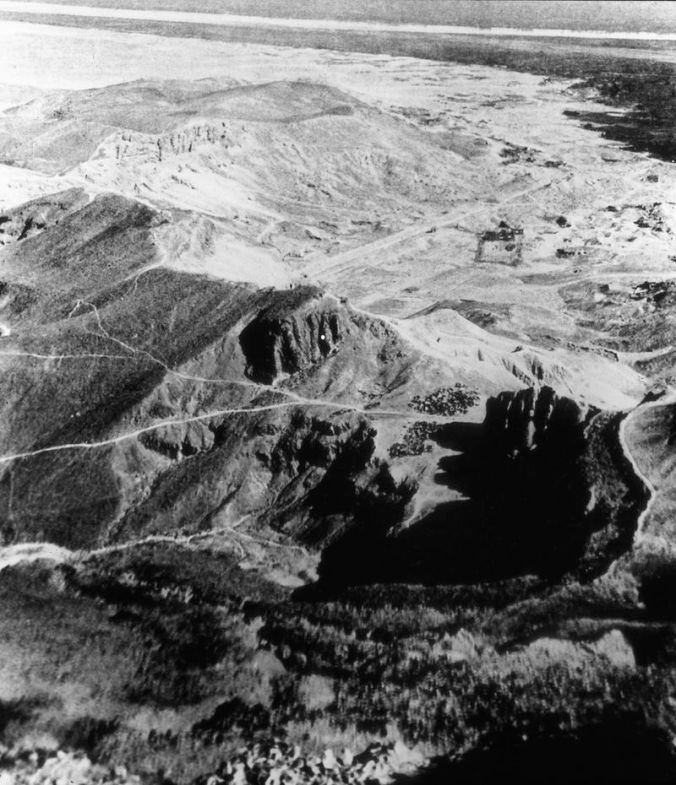 one reminded my or the Pharaoh Hatshepsut’s mortuary temple. 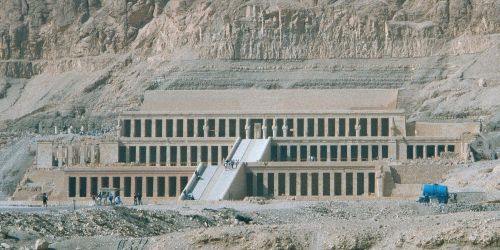 Keep in mind, they didn’t look exactly like these places, but they did speak to them and like ghosts they haunted me- and they still day.

Something strange that caught my eye on a train ride. 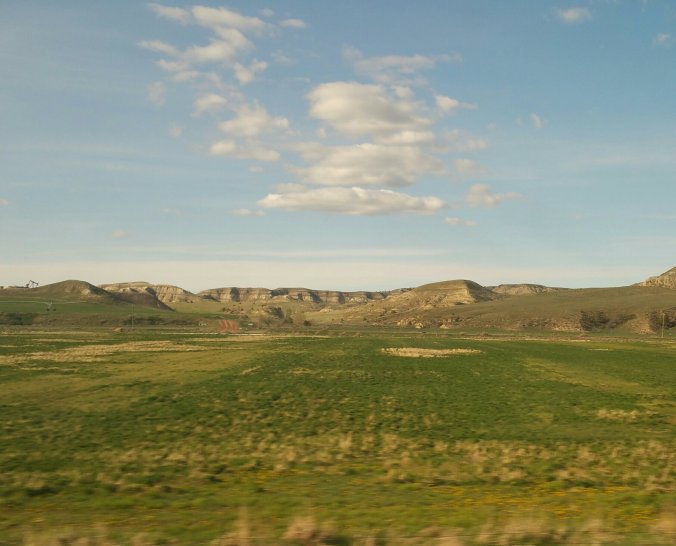 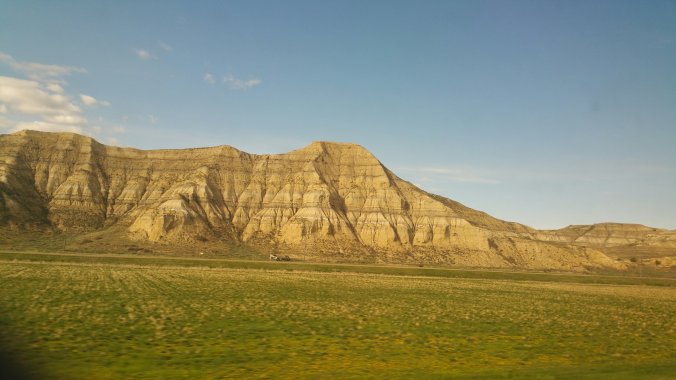 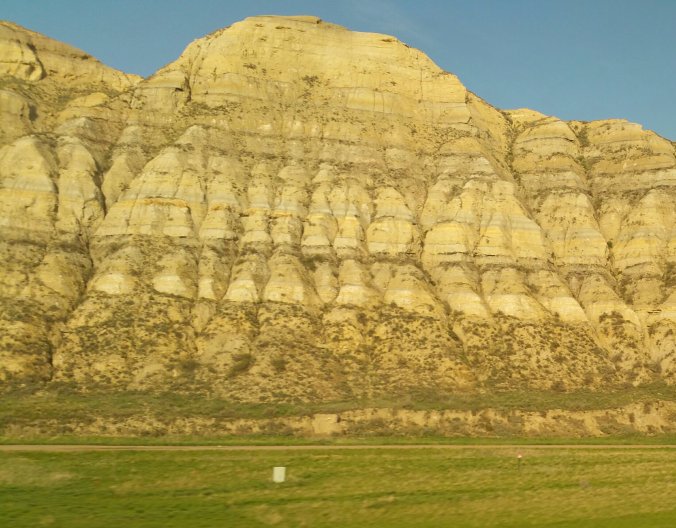 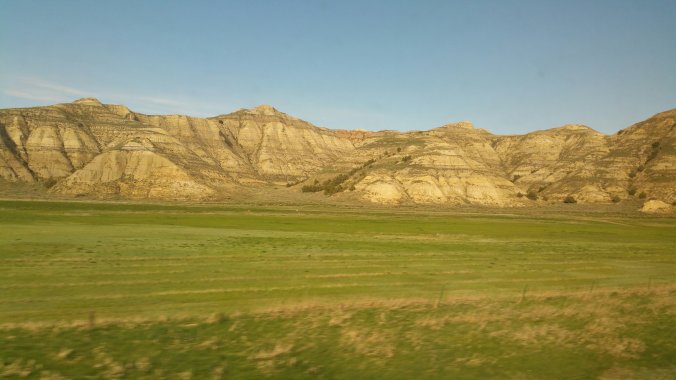 I went out to take some pictures.

I will see something that wills inspire me, or give me nightmares or something.

In my mind’s eye I threw up a grid and started to methodically look for a little story to capture.

What I got was a bunch of nothing.

I had never deleted pictures so fast- on the other hand I’ve been getting a lot of things I haven’t liked so maybe I’m just getting better at hitting that delete key without putting much thought into it;

I was standing there, deleting pictures ( so glad I was accomplishing something ) and marveling at the fact that if there was a story to be found the only story I got was how fast ideas can run from you, if they put their mind too it.

Then I looked down and saw this stump and thought I could spook it up somehow for my Halloween posts this fall when I noticed…yeah, it looked like a face was staring up at me. 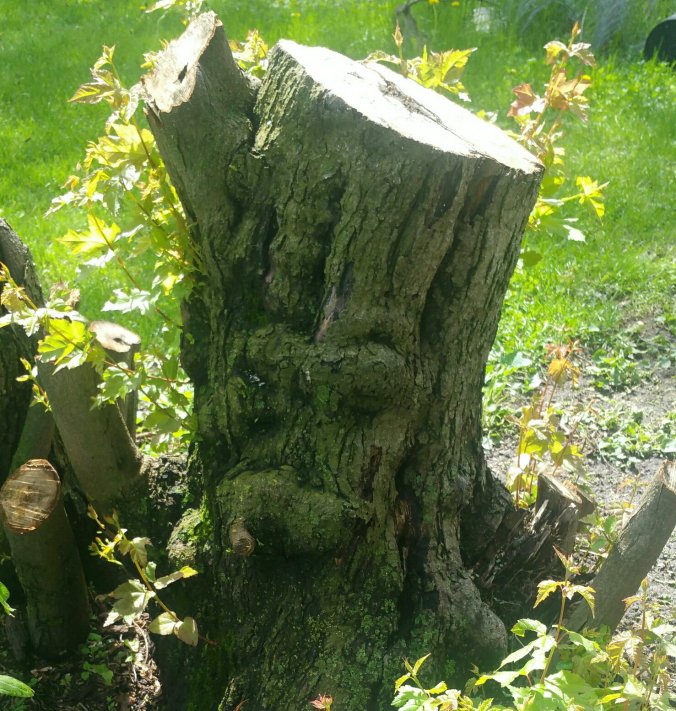 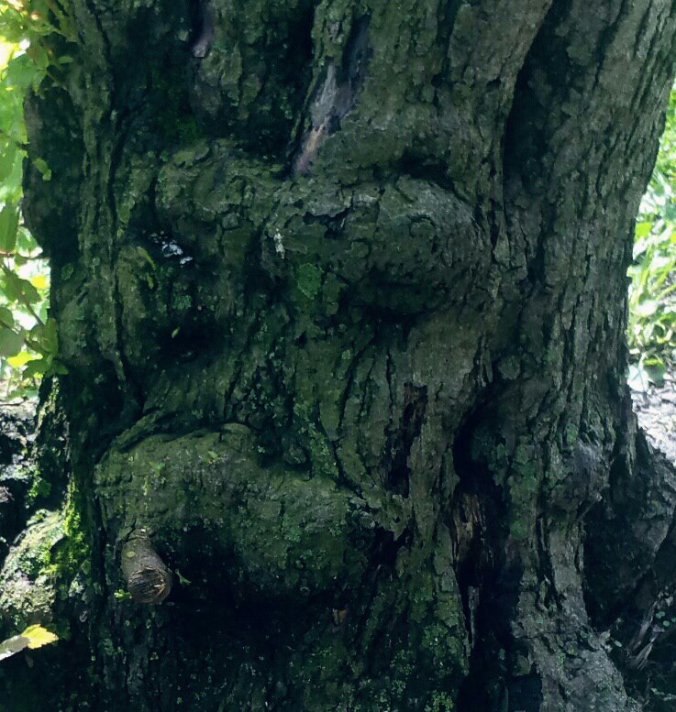 It even looked like it had a cigar in the corner of it’s mouth.

I see a story in your future Sour Puss and in this one, I get the last laugh.

Thanks for the inspiration.

Bancroft Prompt: My Life As A Writer